The City Council’s most important responsibility is the preparation and approval of the City’s annual budget.  As the former Chair of the City’s Budget and Fiscal Affairs Advisory Committee, I take this responsibility very seriously.  I have taken an active role in constructing our annual budgets, seeking to maintain essential City services and develop more efficient ways to deliver those services while restraining the tax burden on City residents.

As I mentioned above, I am proud of the work I did this year to bring more rationality to the City’s funding of our schools, which is critically important as our school enrollment continues to grow.

I am also very proud to have played an important role in the Council’s recent efforts to address the City’s major capital improvement needs.  In the 1980’s and 1990’s, the City did not adequately invest in its infrastructure, so we now need to prioritize building new schools, transportation facilities, sewers, fire stations, and other infrastructure.  We are making that effort while maintaining less debt than neighboring jurisdictions.

For several years, City revenues haven’t kept pace with our spending baseline, forcing the City to make some very hard choices.  We can address this “structural deficit” by attracting high‐quality commercial development, especially near our Metro stations.  We face intense competition for that commercial development from our neighbors and the demand for commercial office space is shrinking.  Our success persuading the National Science
Foundation to locate its headquarters in Alexandria shows that we have the product and the marketing tools to compete well. 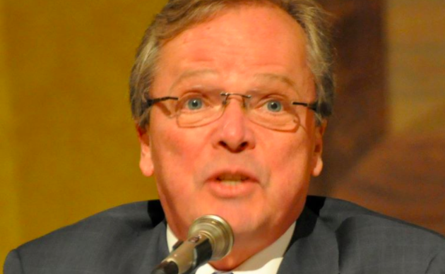